The Psychology Behind Disney’s “10 Commandments” for Experience Design

“It’s kind of fun to do the impossible.” — Walt Disney

When Walt Disney designed Disneyland, he created something unprecedented. When his team of designers, dubbed Imagineers, brought the theme park to life it set the bar for immersive and magical experiences.

During the construction of Disneyland and for the 65 years that followed, Walt Disney and the Imagineers perfected their principles for experience design, dubbed “Mickey’s 10 Commandments” (as in the Mouse, for the unfamiliar).

So successful are these best practices, that the theme parks division of the Walt Disney Company brought in nearly $7 billion in revenue for 2019. 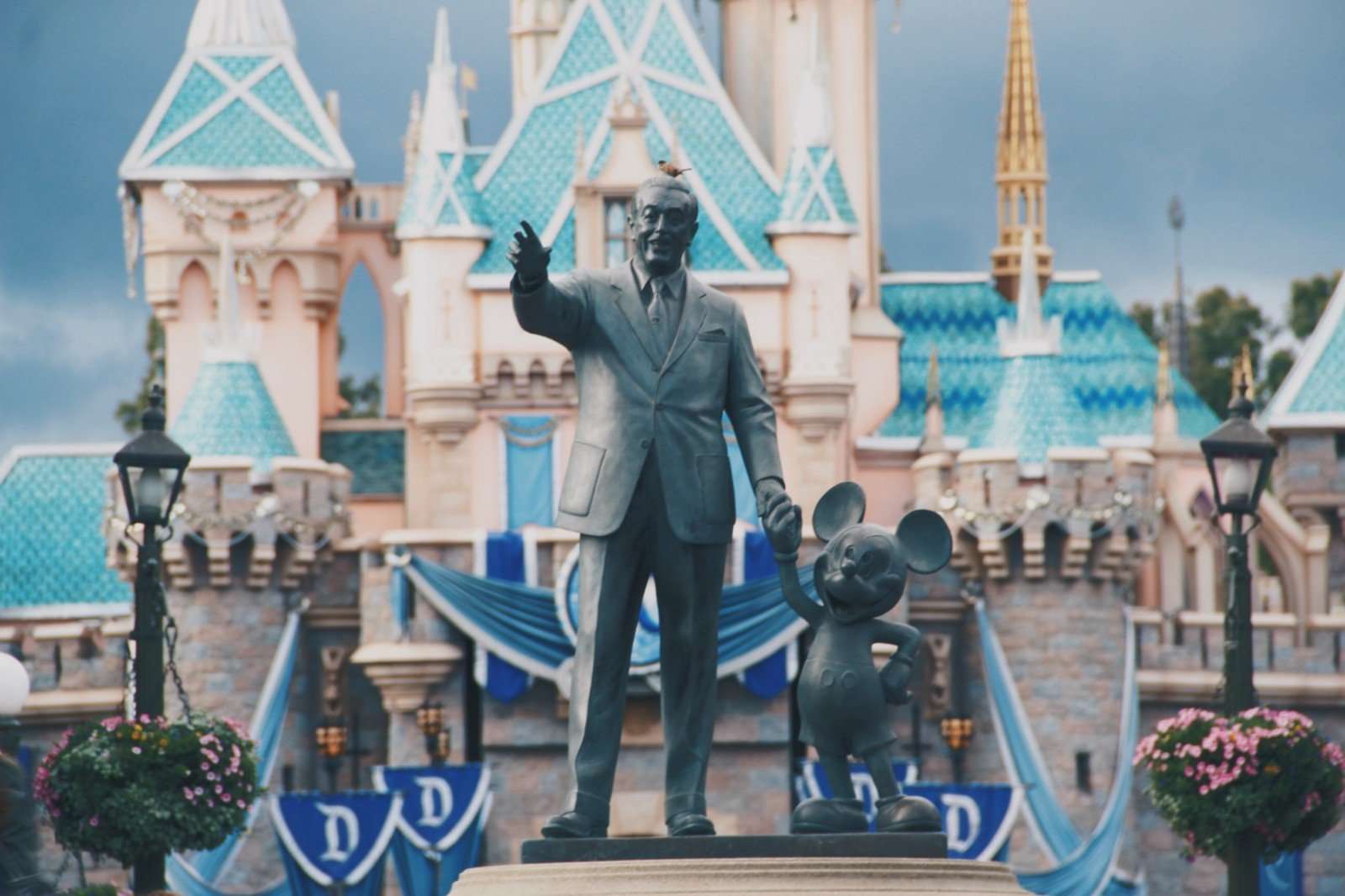 Photo by Travis Gergen on Unsplash

Why have these principles proven so successful? Certainly, 65 years of experimentation and testing has something to do with it.

But it’s also down to the underlying behavioral science behind each of Mickey’s 10 Commandments.

The psychology behind Mickey’s 10 Commandments for experience design

The psychology behind the principle: Self-reference Effect

People are more likley to remember, learn, and be persuaded by information relevant to them.

By knowing their audience, Imagineers are able to create an experience that resonates with customers. This helps avoid the downfall of many experiences — designing for the designers, not the customer.

The psychology behind the principle: Recency Bias

This principle states that people favor recent memories over old ones. The brain gives greater weight to the most recent event someone has experienced.

People favor recent memories over older ones via @choicehacking

By telling Imagineers to regularly experience the park for themselves, Disney was taking advantage of this Recency Bias.

One of the biggest challenges in design is empathy. But if you’ve recently experienced the same challenges as your customer, it’s easier to fix what’s obviously broken.

3. “Organize the flow of people and ideas”

The psychology behind the principle: Narrative Bias

Narrative bias describes people’s tendency to make sense of the world through stories. We trust stories, become more emotionally invested in stories, and better remember information when it’s in a narrative format.

By building on a foundation of stories, Disney and his Imagineers created a strong emotional bond between guests and the park experience. Every moment is part of a bigger narrative, and it makes visitors feel like they’re part of the magic. 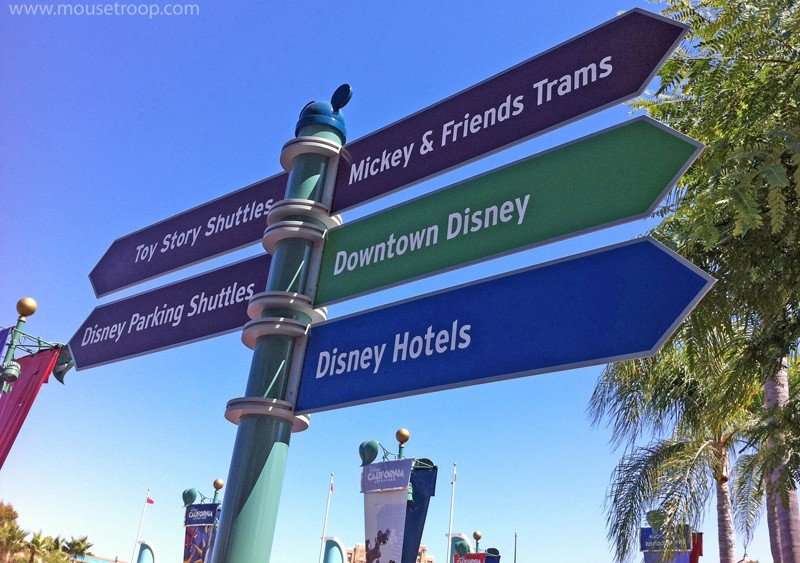 The psychology behind the principle: Salience

Salience describes how prominent or emotionally striking something is. If an element seems to jump out from its environment or capture’s a person’s emotions, it’s salient. If it blends into the background and takes a while to find, it’s not.

By making visual magnets salient, or easy to notice, Imagineers can create an experience that’s easy to navigate and doesn’t make guests think too much. 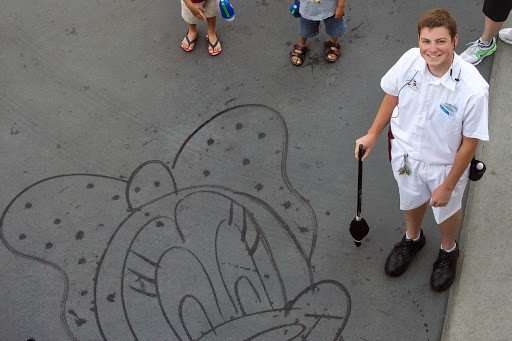 The psychology behind the principle: Picture Superiority Effect

The picture superiority effect states that pictures and images are more likely to be remembered and understood than words.

Images are easier to remember and understand than words via @choicehacking

The psychology behind the principle: Choice Overload Effect

This principle states that while some choice can be good, too much choice will overwhelm customers.

Some choice can be good, but too much choice will overwhelm customers via @choicehacking

Research shows that when there are too many options, customers feel anxious, will disengage, and can even become depressed.

By keeping the experience simple, Imagineers ensure that customers won’t tune out — they are focused, engaged, and immersed in the experience (not overwhelmed by choice).

The psychology behind the principle: Simplicity Theory

This principle states that people have a bias toward simplicity and prefer experiences that minimize their cognitive load (the amount of brainpower a person uses to understand an event).

People prefer experiences that are simple via @choicehacking

By keeping their park narratives simple and focused, Disney is able to make their experience easy to remember, easy to understand, and fun.

The psychology behind the principle: Mere Exposure Effect

Coined in the 1960s by social psychologist Robert Zajonc, the Mere Exposure effect states that when people are familiar with something, they prefer it. And given a choice of two options, they’ll prefer the consistent message that they’ve been exposed to the most (even if it’s lower quality).

The more times people see a consistent message, the more they’ll like it.

By using consistent visual assets, and therefore avoiding contradiction, Disney can take advantage of Mere Exposure to drive love for their customer experience. This effect also makes their parks more memorable, more fun, and preferred over the competition. 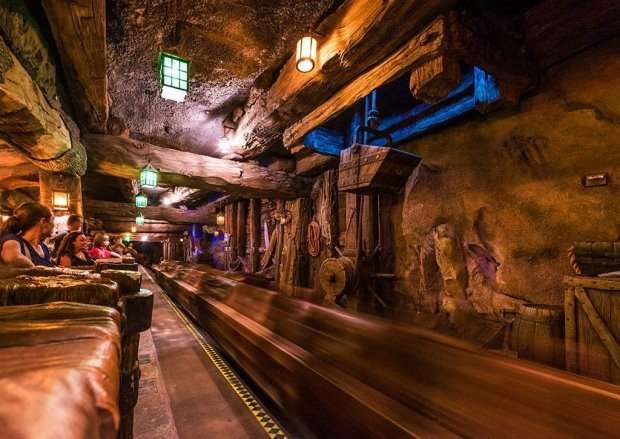 9. “For every ounce of treatment, provide a ton of fun”

The psychology behind the principle: Idleness Aversion

Recent studies into psychology, happiness, and customer experience have uncovered a principle called “Idleness Aversion”. It states that people are happier when they are busier, even if they’re forced to be busy.

People are happier when they are busier, even if forced to be busy.

Disney are masters of Idleness Aversion, especially when it comes to standing in line for a ride. The internet is full of top ten lists that rank the most entertaining Disney queues, such as the Haunted Manion. While waiting in line for this ride, guests can play ghostly musical instruments, see books that fly from their shelves, and even solve a murder mystery.

As MIT professor Dick Larson, who studies the psychology of standing in line, put it:

“But Disney has been the absolute master… of queue psychology. You might wait 45 minutes for an eight-minute ride at Disney World, but they’ll make you feel as if the ride has started while you’re still in line.”

Sign up for the Choice Hacking email list and I'll send you a FREE PDF "5 Psychological Principles That Will Transform Your Experience."

The psychology behind the principle: Status Quo Bias

Status quo bias describes our preference for the status quo. Today’s current baseline is a reference point. And any change from that reference point is considered a loss.

Once people get used to your “normal” experience, they’ll feel a loss when something deviates from that norm.

This is the flipside of a world-leading experience — once you create it, you’ve got to maintain it. Customers get used to perfection. If any elements are difficult, dirty, or broken they look 100x worse in comparison to the “normal” experience.

Photo by Park Troopers on Unsplash

It’s clear that these principles have been incredibly effective for the Walt Disney Company. Their experiences — from theme parks to cruises, movies, streaming platforms, and more — are all industry-leading.

So if you want to create a magical customer experience, start by asking how you measure up to Mickey’s 10 Commandments. As Disney himself said:

“All our dreams can come true, if we have the courage to pursue them.”

Note: This article is adapted from concepts in my book “Choice Hacking: How to use psychology and behavioral science to create an experience that sings”.

What is Loss Aversion?

What is the Fresh Start Effect?

How Amazon uses psychology to perfect their customer experience