Check out our bestselling book and audiobook

How Walmart used psychology to become the world’s largest retailer

Founded by Sam Walton in 1962, Walmart is a retail juggernaut. Walmart is the world’s largest company by revenue, with $514.405 billion according to Fortune’s 2019 Global 500 list. The company employs 2.2 million people — that’s more than the population of New Mexico (and 15 other U.S. states).

Walmart’s reason to exist is value. Their entire brand hinges on “Everyday Low Prices,” and everything they do must deliver value for customers. That’s a promise Walmart delivers on, with shoppers saving around 15% on a typical cart of groceries.

Because of low prices, Walmart’s experience must deliver lots of sales

Walmart might have rock bottom prices, but to make those prices deliver profit for the business, they have to get customers in the door and convert them as effectively as possible.

As Sam Walton wrote in his autobiography Made in America:

I might make only half the profit per item, but because I was selling three times as many, the overall profit was much greater.”

So how does Walmart deliver that volume of sales? One way is by applying behavioral science and psychology — consciously or not — to design, frame, and deliver its retail experience.

How Walmart used psychology and behavioral science in its experience

There are countless ways Walmart uses psychology and behavioral science to their experience — some purposeful, and some by chance. Here are just a few of the ways Walmart applies these principles: 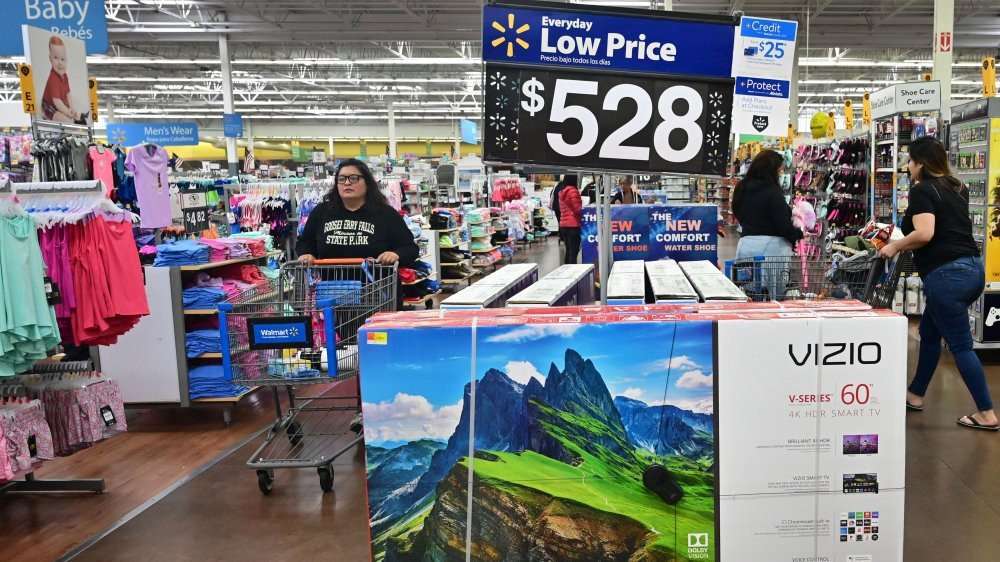 If we had to think deeply about every moment of our day, we’d quickly get exhausted. To avoid being constantly overwhelmed by information, our brains develop shortcuts.

Shortcuts that help us navigate everyday situations, like shopping at a store, are called behavioral scripts. These scripts describe the sequence of things that we expect to happen in any given situation.

A behavioral script is a sequence of things we expect to happen in any given situation, based on our routines and habits.

We develop these scripts through repetition. And because they’re an order we repeat all the time, we come to expect them.

For example, when you eat at a restaurant, you sit down to order, eat your meal, order dessert, then pay and leave. That’s most people’s behavioral script for dining out.

But if you walked into a restaurant that asked you to sit down, pay, eat dessert then order appetizers, it would throw you off. You wouldn’t be sure what to do or expect next.

The behavioral script for shopping includes walking down big, empty aisles, and browsing products on shelves.

But Walmart is a master at disrupting shoppers’ routines.

They’ve created an area in their store called Action Alley. It’s a series of pallets with products that sit right in the middle of the aisles. 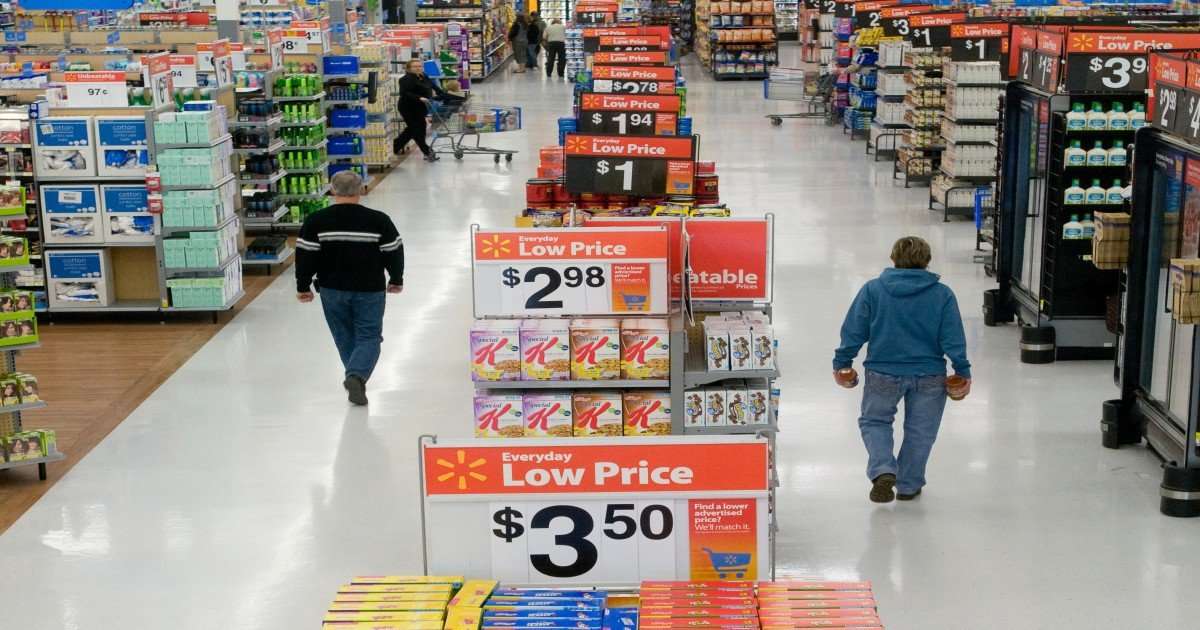 Action Alley is where the best deals in Walmart live. By sticking them in the middle of an aisle — even though this interrupts customers — Walmart guarantees that people will act on the deals.

A less value-driven brand wouldn’t bother to interrupt the flow of their store with such a basic display. You wouldn’t find Action Alley in a Saks Fifth Avenue, for example.

Walmart isn’t blind to the disruption that Action Alley causes. In fact, it discontinued the practice in 2009 to free up more aisle space for customers. But the sales impact of removing Action Alley was so significant that it was brought back a year later.

The psychology and behavioral science behind Action Alley

Why is Action Alley so effective? It’s down to a behavioral science principle called Salience Bias.

What is Salience Bias?

Salience describes how prominent or emotionally striking something is. If an element seems to jump out from its environment, it’s salient. If it blends into the background and takes a while to find, it’s not.

Salience Bias states that the brain prefers to pay attention to salient elements of an experience.

Visual salience is relatively easy to measure. Like the example below, heat maps can help us see where customers are looking and what information they’re noticing or missing. When designing a retail experience, on or offline, there’s a lot of truth to the saying, “If they see it, we sell it.” 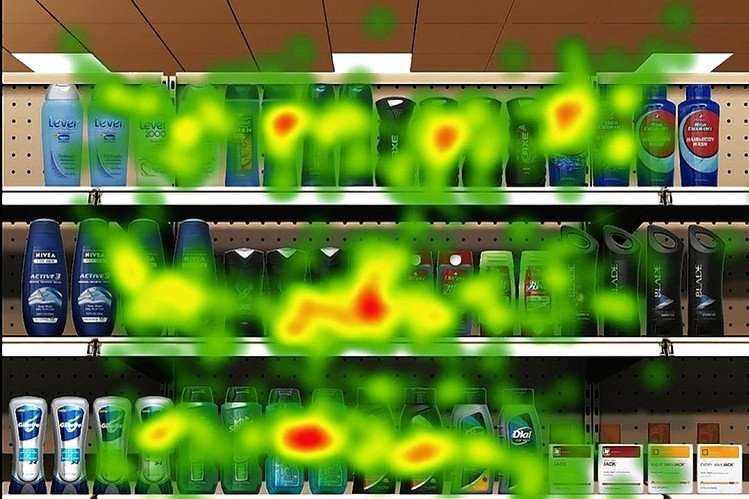 Another (extreme) example of salience in action is Walmart’s Pickup Tower, located in the front section of its stores. These towers make the online ordering pickup area so salient that they’re nearly impossible to miss.

It’s a great solution for the common issue of customers not knowing where and how to pick up their items. 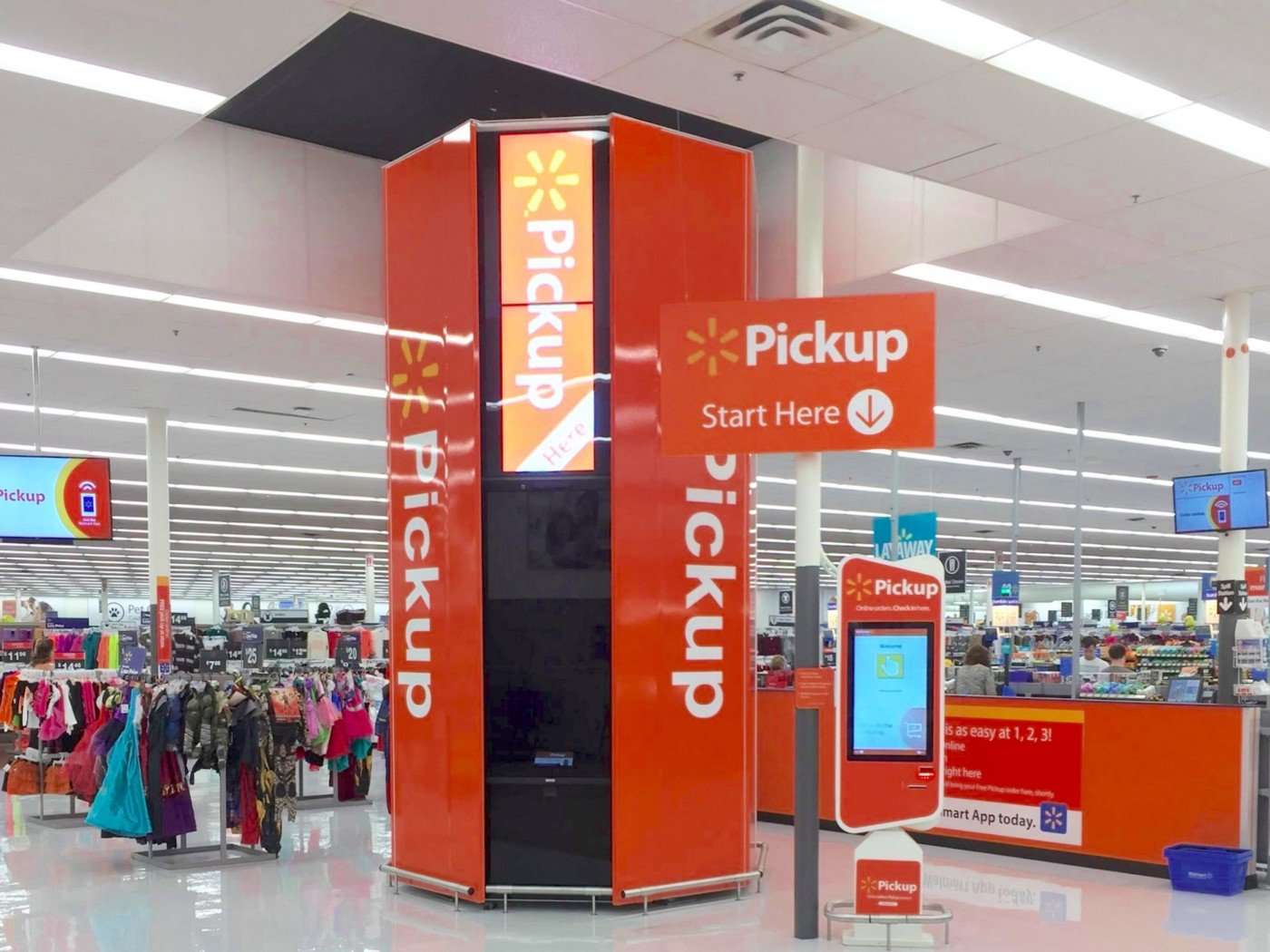 Because Walmart relies on their “Everyday Low Prices” to bring in customers, they don’t have sales. Instead, they have Rollback offers — permanent or temporary reductions in the retail price of an item.

As you can see from the sign below, the original price is always shown in the upper right-hand corner. In this case, these green beans were 64 cents and are now rolled back to 50 cents a can.

Why does Walmart always feature the previous price near the rollback price? It’s down to a behavioral science principle known as Anchoring.

The Anchoring Effect states that our decisions are influenced by the first information we see. We anchor to this information without being consciously aware of its effects.

A real-life example of Anchoring

In 2006, researcher Dan Ariely led an experiment at MIT — it was an auction with a twist. First, he showed students random objects in his class, like a bottle of wine or a textbook.

Ariely then asked students to write down a fake price for the item using the last two digits of their Social Security number. For example, if my Social is 123–45–6789, the price of a bottle of wine would be $89. After students wrote down the fake price of each item, they bid on it in an auction.

The results? Students who had high Social Security numbers paid up to 346% more than those with low numbers for the same items.

Why? Because the first number students saw — even though it was completely unrelated — influenced how much they decided to bid. The higher the Social Security number, the higher the bid.

By showing the previous price for each product on their signs, Walmart is anchoring customers to a higher number. The rollback price then looks like an even better deal in comparison to this higher price.

The use of anchors in pricing speaks to a fundamental principle: customers don’t know how much an item should cost in isolation.

When retailers add context in the form of an anchor, they make the new price seem like a great deal in comparison. Not in comparison to every other can of green beans in America, but rather in contrast to what’s in front of a customer and therefore what they’ll consider.

Remember that Walmart’s mission is to offer value, not just low prices. Every year, their suppliers must either deliver the same quality at a lower price or keep the price and increase the item’s quality.

One way that customers perceive quality is by leaning on the reputation of a well-known brand name. As Stephen Quinn, former Chief Marketing Officer at Walmart told the New York Times,

“Customers really need the assurance of brands… In the past we were focused on low price.

But low price on what?”

How Walmart applies the Authority Principle

The electronics department at Walmart is an excellent example of using brand names strategically. The company found that they could improve sales, not by just offering the lowest prices, but by combining those prices with the authority of a well-known national brand, like Sony, Samsung, and Magnavox.

As we’ve established, value is the combination of price and quality. Low prices are obvious, but Walmart needs to deliver the perception of quality for customers as well. Low price combined with a no-name brand translates to low quality perceptions because brands act as mental shortcuts for product features like quality.

As Stephen Quinn put it:

“A customer in the electronics department would see shelves of no-name TVs and think, ‘I can see it’s low price, but I will not buy that television.’” 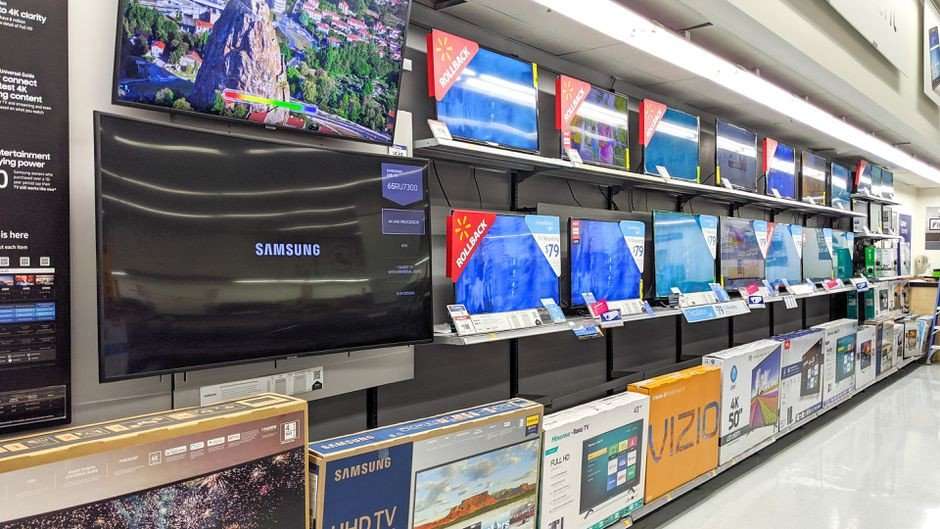 Why are brand names so powerful at creating a perception of value? It’s down to a psychological concept known as the Authority Principle.

What is the Authority Principle?

The Authority Principle states that people are more easily persuaded by authority figures. That could include police, government leaders, professors, and perceived experts. Or, in this case, a well-known brand.

For example, when customers see a Samsung television they assume a certain level of quality. A low price combined with a brand name applies the Authority Principle. This combination creates a feeling of value, rather than just low price.

Although Walmart is the biggest company on the planet, they never stop evolving their stores. The brand devotes an entire division to behavioral science-based experimentation.

As Om Marwah, former Head of Behavioral Science at Walmart put it:

“We as behavioral scientists at Walmart believe that if you are creating amazing, delightful, high-utility experiences by understanding people’s needs…you’re gonna lead to long-term behavior change and long-term engagement.

And that’s what ultimately creates value for a business.”

If you want to apply these principles like Walmart has, ask yourself:

YouTube Video 107: 5 ways Walmart gets you to impulsively buy more

Podcast Episode 112: How Walmart Used Psychology to Perfect Its Experience

Join 4,000+ marketers, products managers, and UX professionals who get the Choice Hacking newsletter.

I'll even send you a FREE eBook when you sign up: "5 Psychological Principles That Will Transform Your Experience."

Join more than 4,000 brilliant folks (just like you!) on the Choice Hacking mailing list. I'll even send you a FREE eBOOK: "5 Psychological Principles That Can Perfect Your Experience."